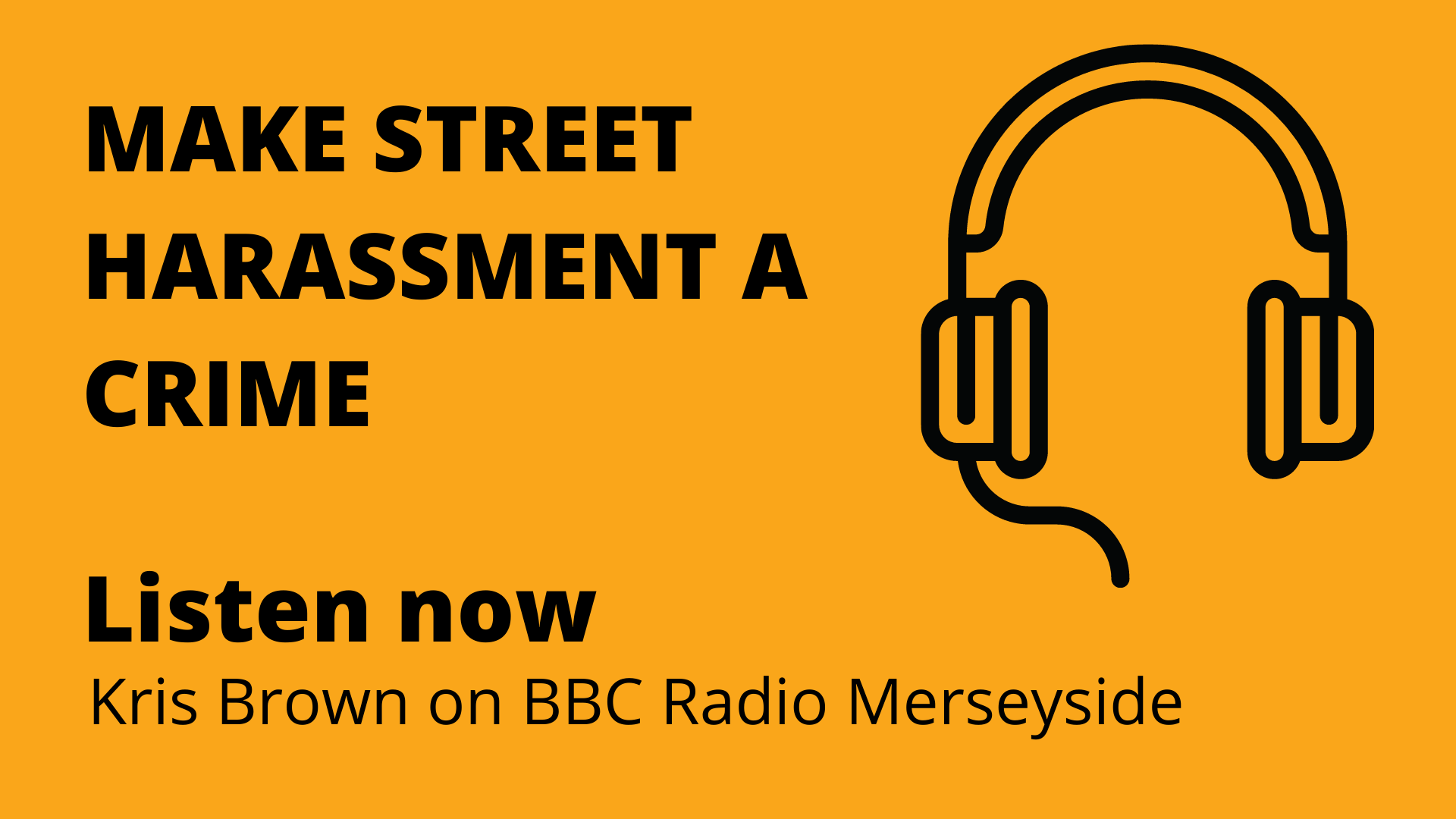 The Liberal Democrats have secured cross party agreement on calls to make street harassment a crime.

Currently it there is no specific law to tackle street harassment in the UK.

Councillor Kris Brown, the Liberal Democrat candidate for Merseyside Police and Crime Commissioner presented a motion to Liverpool Council to call on the Home Secretary, Priti Patel MP, to outlaw street harassment like that in France, Beligium and Portugal.

This Council is committed to making our city a safer place for everyone.
Council notes:

– Public sexual harassment is the most common form of violence against women and
girls, restricting their freedom of movement and expression;

– That in surveys two-thirds of women and girls report they have faced street
harassment in the UK;

– That street harassment in the UK is not covered by any specific offence, unlike in
Portugal, Belgium and France; – That stopping street harassment would be a powerful
step in tackling inequality and keeping women safe;

– The incredible work of Our Streets Now, and their petition which has attracted over
200,000 signatures to make street harassment a specific crime;

– That we must create an environment where street harassment is seen and policed as
a crime, and where girls feel safer on our streets;

– That we need to work together with our schools to ensure that anyone who is
harassed will feel confident that their report will be treated with the respect, care and
seriousness that is required;

– That changing the law, and education for our young people, are key planks in
combating street harassment, establishing safer streets, and delivering equality.
Council resolves to:

– Promote the Our Streets Now campaign to make street harassment a crime, and
encourage all elected members, and residents to sign the petition;

- support Our Streets Now in the trans inclusivity of their campaign; trans women
face high levels of discrimination and harassment with black and migrant trans
women of colour being even more likely to face violence and harassment. They
are also often less likely to report such harassment.

– Ask the Chief Executive to write to the Home Secretary to ask her to make street
harassment a specific crime;

– Ask the five Members of Parliament who cover the city, the Mayor of the Liverpool City
Region and the Merseyside Police and Crime Commissioner, to show their support for
this campaign by signing the petition and by lobbying ministers to make street
harassment a specific crime;

– Ask schools, academies and colleges in the city to each develop a clear policy on
tackling harassment, separate to their bullying policy;

– Ask local schools to include education around public sexual harassment as part of
their PSHE education;