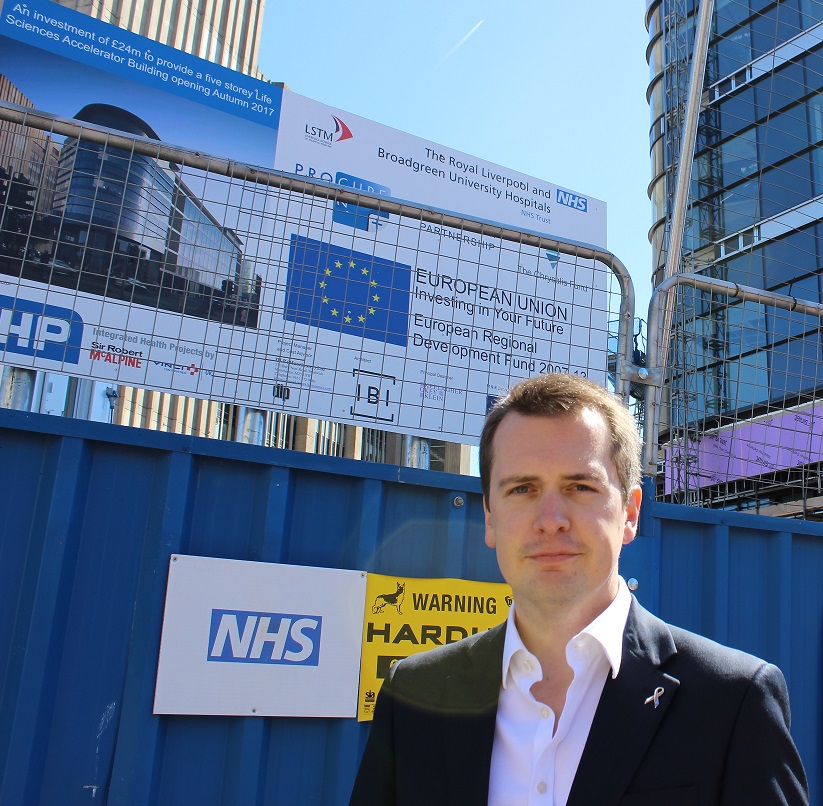 “Liverpool is one of the unhealthiest cities to live in the UK”, according to Cllr Richard Kemp the Lib Dem candidate for Wavertree and Tom Sebire, the Lib Dem Candidate for Riverside.

“On average people in the city live 10 years less than the national average and there are huge disparities in life expectancy within the City. We have high levels of obesity; lung cancer; Diabetes II, heart and kidney problems. These are caused by poor diets; smoking; use of drugs and in many cases the despair of having no job or viable future”.

Tom Sebire, whose wife is a junior doctor at the Royal says, “On many days in winter the Royal is working at or near breaking point. This results in operations being cancelled, whilst beds are filled with people who are medically fit, but cannot be discharged to their home or community because there is no support for them”.

Cllr Richard Kemp, who leads on health and social care nationally for Lib Dem councillors says, “Only the Lib Dems have a costed programme for rescuing the health service. Our proposed tax will bring in £6.1 billion which if used properly on stopping people becoming ill and getting them out of hospital quickly will free up the resources in our hospitals to deal with the sick who really need their top level attention”.

Both agree with Tim Farron’s simple proposition, “If you want a good NHS you have to pay for it through a slightly higher level of taxation calculated so that 95% of the extra cost will fall on the top 50% of earners”.

Find out more about our local and national policy: https://www.facebook.com/LiverLibDems/issues/

Find out more about our candidate for Riverside Tom Sebire: https://www.facebook.com/notes/liverpool-liberal-democrats/your-choice-for-liverpool-riverside-tom-sebire/1775039442512950/

Find out more about our candidate for Wavertree Cllr Richard Kemp CBE: http://bit.ly/2qZuEMB