Statement on the arrest of the Mayor of Liverpool 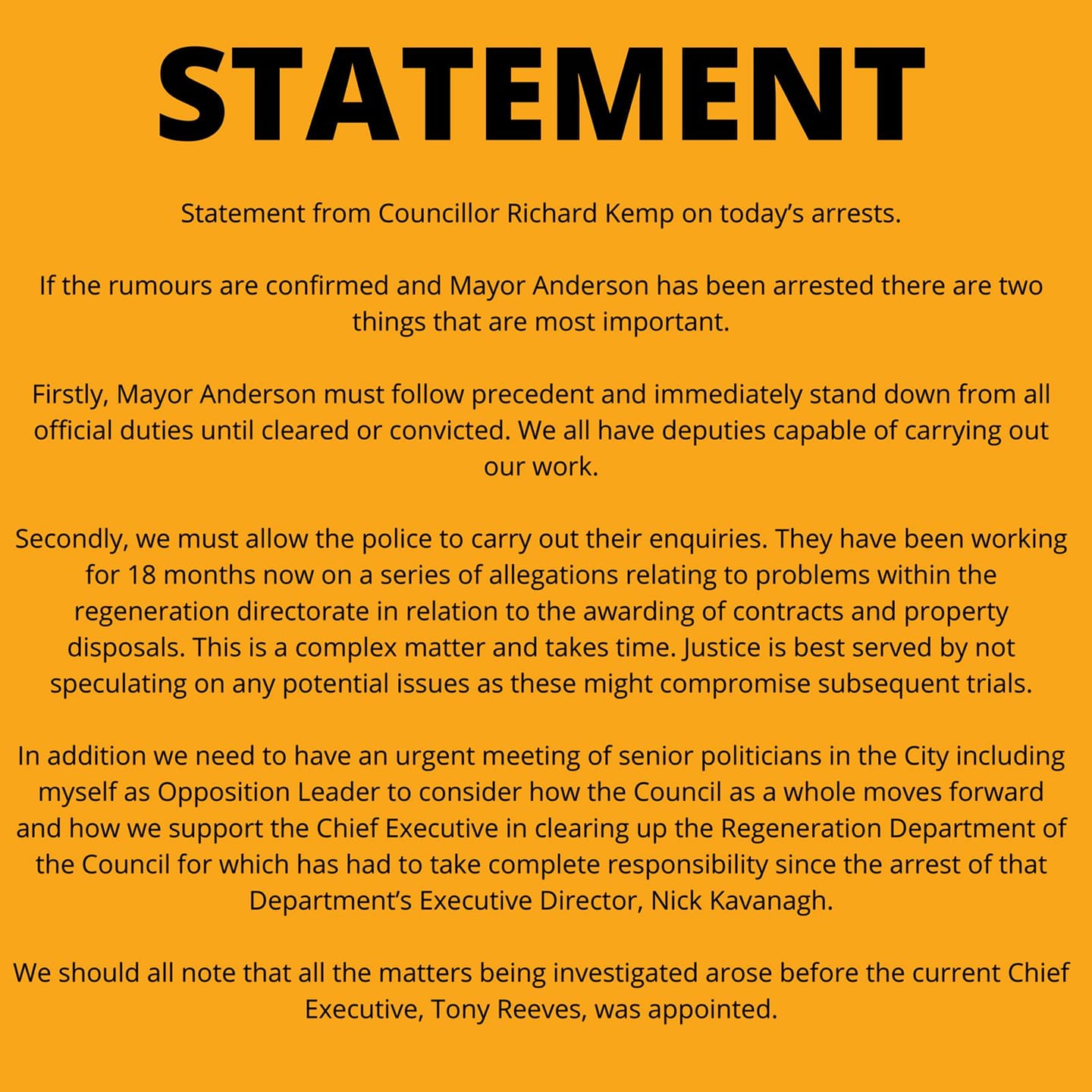 Leader of Liverpool's opposition, Councillor Richard Kemp CBE has said the Mayor of Liverpool, Joe Anderson, should step aside from official duties.

'Firstly, mayor Anderson must follow precedent and immediately stand down from all official duties until cleared or convicted,' he said.

'We all have deputies capable of carrying out our work.

'Secondly, we must allow the police to carry out their enquiries.

'They have been working for 18 months now on a series of allegations relating to problems within the regeneration directorate in relation to the awarding of contracts and property disposals.

'This is a complex matter and takes time.

'Justice is best served by not speculating on any potential issues as these might compromise subsequent trials.'