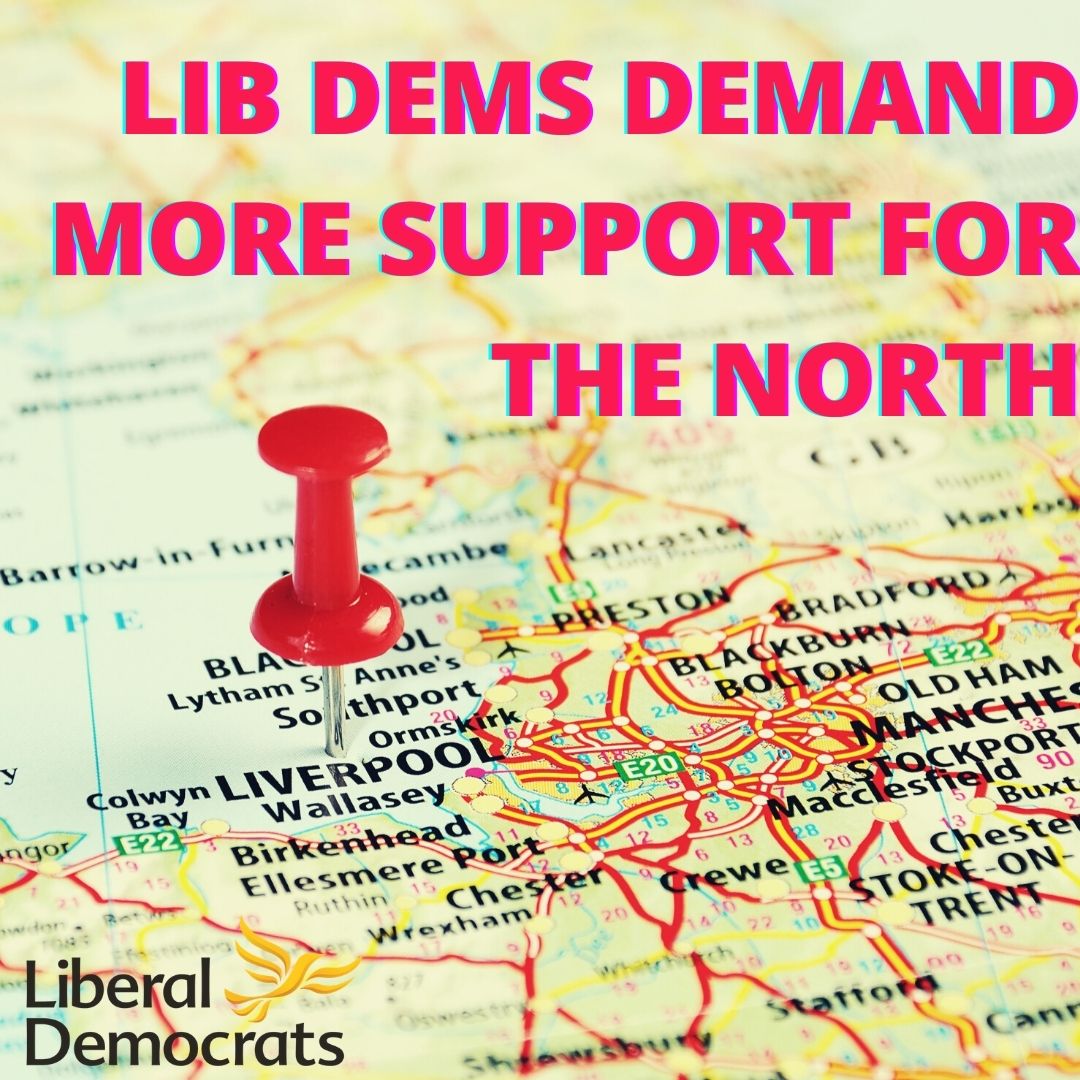 Liverpool’s Liberal Democrat Leader, Cllr Richard Kemp, is one of 30 leading Liberal Democrat Councillors, MPs and Peers from across the North of England who has signed a letter to the Prime Minister calling for localisation of health and economic powers to local and regional leaders.

He warns the Prime Minister that, “a failure to agree to these very reasonable suggestions will mean that his supposed hopes to level the playing field between North and South will be in shreds.

After the election you said that you would ensure that there would be a levelling upwards by the North. However, if you impose stringent economic penalties on the North which will close down countless businesses you will have the opposite effect.

It is now recognised widely that to be effective, decision making must be taken by local decision makers who are respected and know their patch well. This corona virus hiatus gives us a major opportunity to rebalance the North and South and set the North free from southern based politicians and bureaucrats in Westminster and Whitehall”

As well as local decision making the Northern Lib Dems are calling for:

1. Increased funding for Track & Trace on top of the £8 per head already offered.

2. Real financial support to those who have to self-isolate for the community good.

3. A proper expansion of the furlough scheme at a realistic level of support without resort to further benefit claims which are time consuming and burdensome.

4.  Real Protection for those living in care with sick people not being returned to ill-equipped care homes to die.

5. Effective support for schools to stay open with enhanced PPE type protection and support with I-pads and remote learning for those where schools or part schools are to close.

Open letter to the Prime Minister

Millions of people across the north have been living under local restrictions for months. They have borne it with fortitude, but infection rates are still rising. Now the government threatens months of further restrictions, without the support needed to underpin it. This risks a death by a thousand cuts for our hospitality and creative sectors – and the jobs that depend on them.

The north of England hosts dynamic businesses, a rich arts sector, world-leading universities and some of the country’s most popular national parks. But we are too often overlooked by a London-centric government.

We are proud of our communities and stand ready to work cross-party to deliver the support they need to work together to defeat the virus. Clearly, with case numbers and hospital admissions rising rapidly, urgent action is needed. But the government’s own analysis makes clear that even Tier 3 may not be enough. And if local lockdowns without additional support were effective, areas like Greater Manchester and the North East, where restrictions have been in place for months, would not be in this position.

We need to do better than the same failed strategy. Regardless of whether regional or national lockdown strategies are pursued we are calling on the government to act rapidly and constructively with local political leaders who are grounded in communities – not act by fiat from Whitehall – to put in place the support we need to sustain a lockdown and come out of it better placed to defeat the virus.

These actions should include:

1. Urgent funding for local action on test and trace. The central system is an expensive failure. Local government has the capacity to help – but not the funding. A rapid infusion of funding to enable local scale-up could be transformative for our fight against the virus, and justify the pain caused by a second lockdown.

2. Support to enable people to self-isolate. Fewer people across the North can work from home, which may be one reason why the initial lockdown was less effective. That means that support is more urgently needed for those who cannot work while self-isolating.

3. Extension of the furlough scheme to save jobs and support people and communities. While borrowing costs next to nothing, the Chancellor is choosing to leave workers without a salary and forcing viable enterprises out of business. This is a heartless political choice whose effects will last years. He must expand furlough support urgently until June 2021.

4. Protect people living in care. People living in care were appallingly let down in the first weeks of this crisis. We must not make the same mistake again. Government must guarantee that all discharges from hospitals into care homes take place only following a negative Covid test. Staff and residents must be able to access regular testing, with results within 24 hours, and the same must apply to people being supported to live independently, as well as those visiting loved ones in care homes.

5. Support to children and young people. Government must support schools to stay open, whilst also ensuring they have resources to provide online learning. This means getting laptops and internet access to pupils from low income households. They must extend free school meals and vouchers to ensure every child in poverty can access them, even when schools are closed. They must reach a fair deal for university students who are being charged for accommodation they do not want to use, and ensure that actions to tackle outbreaks in the student community consider the rights and needs of both students and local residents.