In August 2016 Carl Cashman launched his campaign to be the next Mayor of the Liverpool City Region. Alongside his launch event, Carl released a mini-manifesto of his ideas for the region. You can read Carl's manifesto by clicking the photo below. 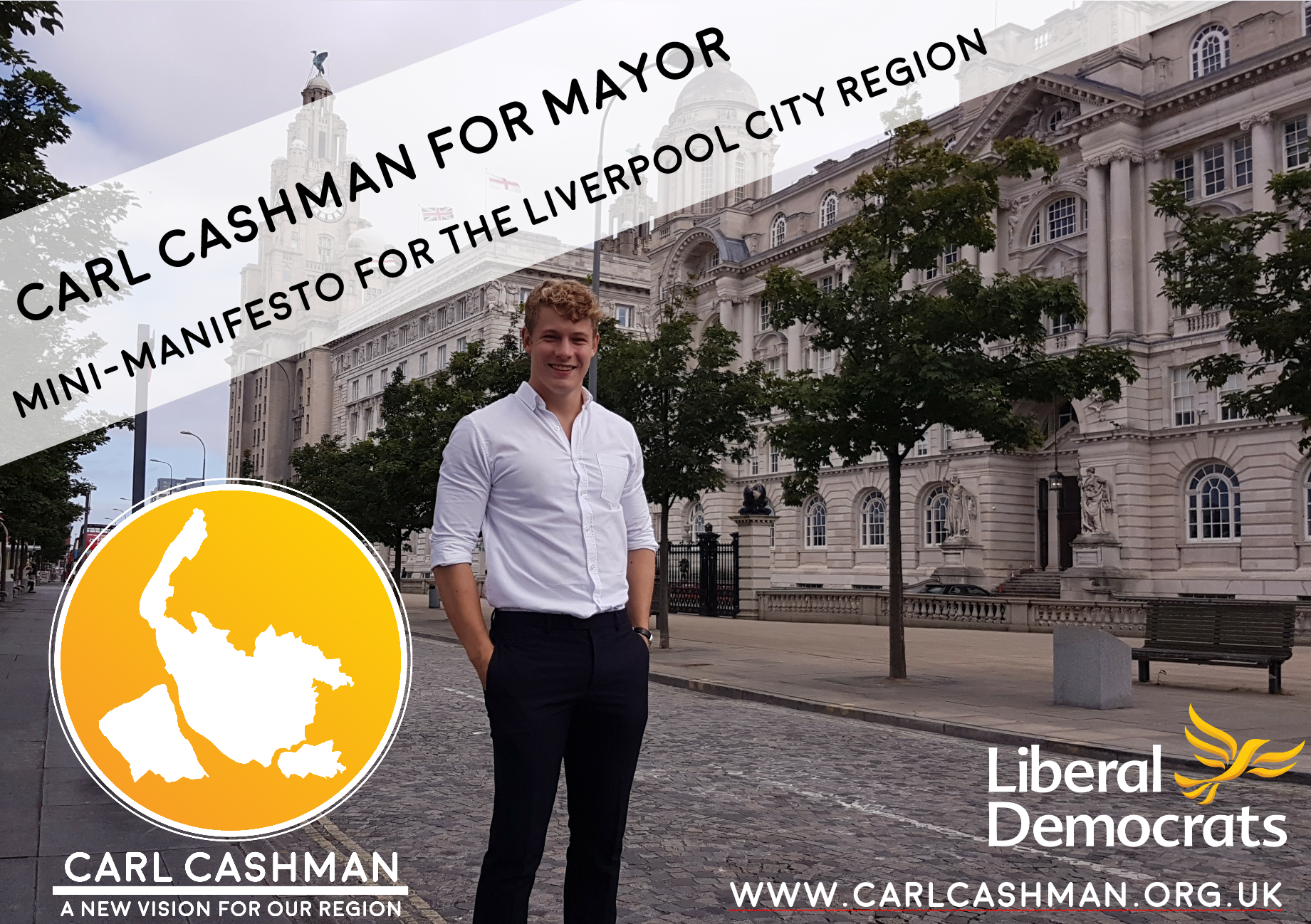 This campaign is an opportunity to support every single person in our region. From Southport to Halton, Prescot to The Wirral, St Helen’s to Bootle, Knowsley to Liverpool. It’s about a fresh approach with a clear vision, it’s about something new, something distinctive that people can truly get behind.

This mini-manifesto is the start of a process towards a full manifesto to be released closer to the election. It sets out key ideas of:

But this is only the start. We want to know your ideas for the campaign. Let us know what you think should go into our manifesto by emailing us at [email protected]