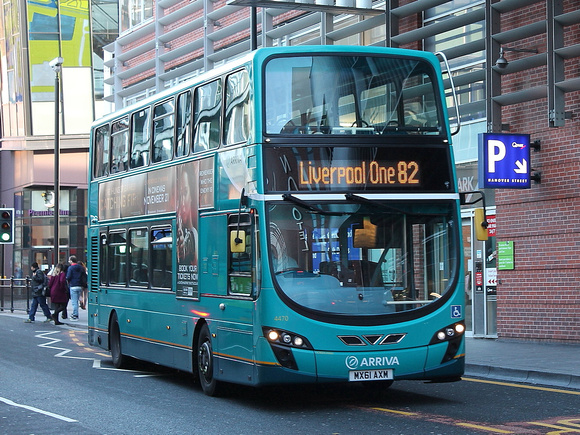 Yesterday's Merseytravel committee meeting was a truly depressing example of local democracy gone wrong. With just four other public observers and no other campaigners in attendance, no mention of the 5000+ signatures petition from residents on the 82 bus reroute and a disappointing lack of real condemnation over the lack of public consultation on what is a vital service for many residents living in Cressington, Mossley Hill, and beyond.

We attended the committee seeking answers for residents and offering real solutions to the road congestion issues the reroute is intended to fix. Instead of real answers from the committee or from representatives from the providers at the meeting we were met by hostility from labour councillors, cheap 'we'll look into it' solutions and an unwillingness to really consider residents concerns.

Merseytravel staff have apologised to Liberal Democrat councillors - agreeing that there was virtually no consultation with anyone over the changes made by the bus operators to the route of the number 82 buses into the City.

Alisha Lewis, Lib dem lead for Mossley hill says: "Not consulting service users when key changes to provision are made shows a real lack of consideration for their interests and needs. Many residents in my ward rely on the current 82 bus route to reach lime street station, places of work, family, and the larger shops present in the city centre. The reroute leaves them unable to do so. I cannot even begin to understand how Merseytravel and the bus providers intend to provide a real solution for residents when they have not even taken the time to understand the impact of the change.

Merseytravel's proposed solution of just getting a bus to the Liverpool one bus station then taking one of the inner city services to the locations previously on the route, or walking from there simply is not good enough. Taking another bus means for many buying another ticket, and walking to key locations in the city centre is not an option for many residents who may be unable to walk the route, or may have issues navigating a wheelchair through the busy and traffic filled city centre route with its limited dropped curbs. Any solution that leaves residents paying far more than they should for a simple town visit, or leaves residents who cannot safely and easily navigate the city centre unable to access key locations is not a solution for residents, it is simply a solution for the bus companies."

Norman Mills, Lib Dem lead for Cressington said: "The Labour Chair of the Committee ( Cllr Robinson ) - actually complained to the Merseytravel Committee members yesterday- that Arriva and Stagecoach just behave in the manner of the "old bus companies" by behaving as they wish regarding their operations! He made it clear that he ( as Chair of Merseytravel ) and his Labour colleagues have no control - and little influence over the operations of either of these bus operators. What a damning admission from the Labour Chair of a major Transport Authority!"

Residents in Cressington and Mossley Hill deserve better from Merseytravel, and from councillors elected to represent their concerns. The Liverpool liberal democrats will to continue to fight to find real solutions for residents who need access to key locations in the city centre that will not leave them further out of pocket.