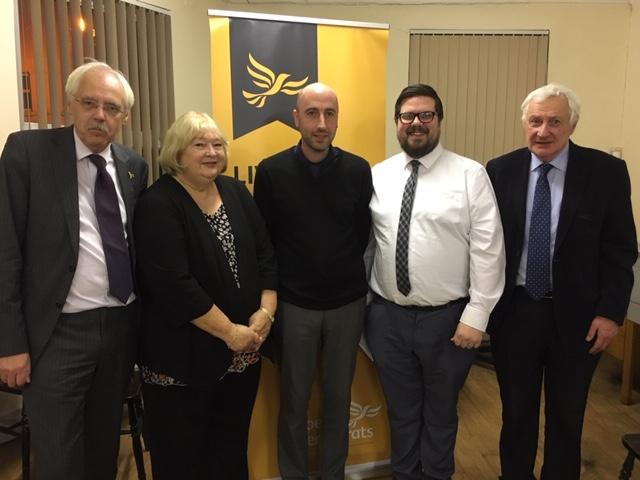 For the second year running Liverpool Lib Dems are contesting all of the 30 seats up for election and this is one of the strongest teams we have put before the Liverpool electorate for many years.

These seats were last fought in 2015 when Richard Kemp was the only opposition councillor to get elected which means that the Lib Dems are defending 1 seat and Labour are defending 28. Since 2015 the number of Lib Dem Councillors has risen from 2 to 8 and they are, once again clearly the only real opposition to Labour.

The Lib Dem team is:

·       a mix of experienced campaigners such as Barbara Mace seeking to return to the Council in Woolton and Norman Mills in Cressington and Cllr Richard Kemp in Liverpool.

·       highly educated with no less than 4 Doctors standing led by Dr Fiona McBride in Allerton Hunts Cross but also Chris Collins in St Michaels, Jo Slupsky in Fazakerley and Wiebke Ruterjans in Speke-Garston.

·       experienced in industry and commerce with Rob McAlister-Bell (Mossley Hill) being a senior manager in one of the Country’s largest retailers and Alan Tormey whom is standing in Childwall being human resources manager for a large North West Based Company.

·       Fielding some brand-new faces including Sean Robertson, standing in Clubmoor, who was a Labour member for 30 years and Graham Hughes who quit Labour to stand as an independent in the 2015 General Election and then joined the Lib Dems.

Other new faces include includes James Madine in Anfield who is a new member, Jenny Goulding in Tuebrook & Stoneycroft, Susan Kennaugh-Dyson in Everton and Dewi John in Greenbank Ward

·       Inclusive of a celebrity. Graham Hughes is a leading anti-Brexit campaigner, travels the country and holds the Guinness world record for travelling to all the countries in the world without a plane.

Cllr Richard Kemp, Liverpool’s Lib Dem Leader said, “I am delighted that we are once again fielding a full team across the City and it’s a Premier League team that can take Liverpool back to national and international glory.

"Every vote given and every seat gained will hasten the end of Joe Anderson as this City’s Leader. It is a highly varied team which will enable the city to withstand the head winds that will be caused by the aftermath of BREXIT and the introduction of a new financing system for local government which will discriminate against our City."