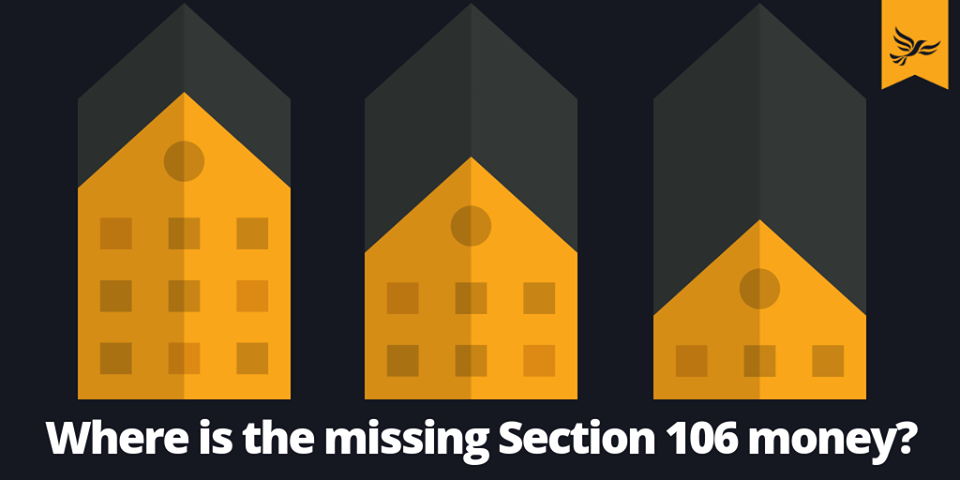 Liverpool Lib Dem housing spokesperson, Cllr Kris Brown, has written to the chief executive of Liverpool city council after discovering some disturbing discrepancies between the section 106 funds owed by the Fox street development and the amounts collected by the city council.

Section 106 agreements exist to ensure that developers contribute to the local community, to offset the impact of developments on local infrastructure and the surrounding environment.

As a condition on the Fox street development planning permission the developers owe £1 million in section 106 money, which should be spent on improving the local area. Half of that was to be paid immediately following the permission being granted. Around £360,000 of the money owed was intended for planting new trees in the area.

So why haven’t the council claimed the money?

While conducting research into the development Cllr Kris Brown has uncovered that the council hasn’t actually collected the money owed by the developers. In relation to the funding allocated for new trees in the area the council has only invoiced the developers for half of the £360,000 owed to them.

Where is the rest of that money? When will the council be claiming it?

Cllr Kris Brown is concerned about the precedent this sets for the city:

“The failure of the council to collect the S106 money as a condition of planning permission is very concerning, especially when the local authority is looking make financial savings and wishing to protect key services.

“I would ask that the council provide an answer to why this money has not been collected but, wider than that, will the council make publicly available all S106 money that remains outstanding from projects in the city?”