Labour Pass The Buck On Hope And Glory Festival 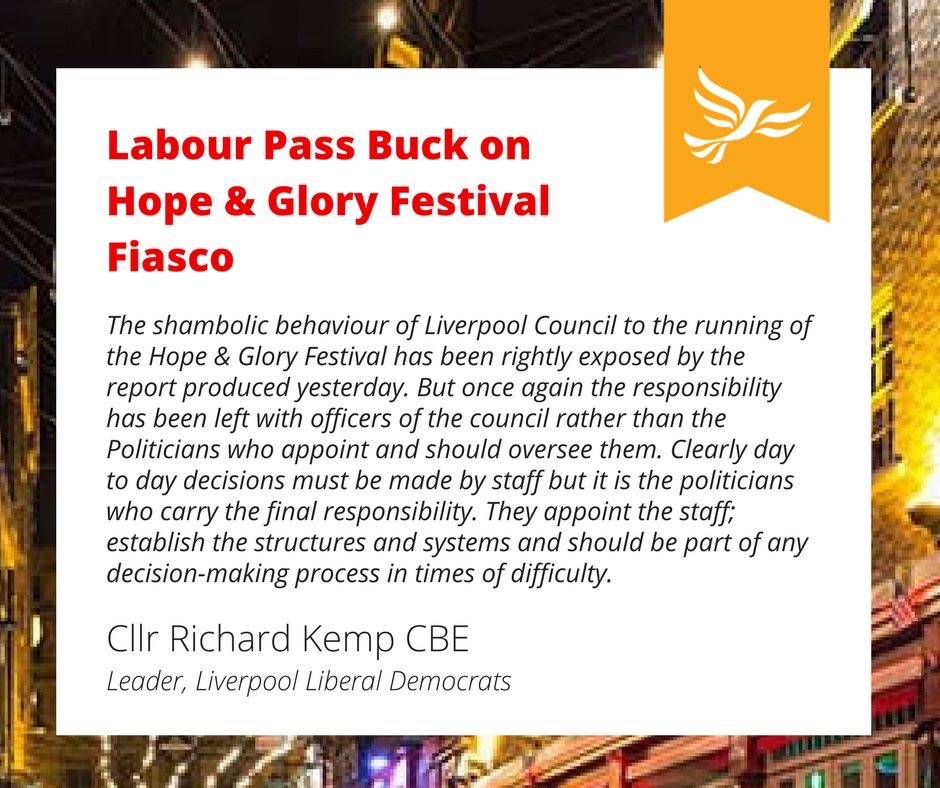 Cllr Richard Kemp Responds has responded to the report on the shambolic Hope and Glory Festival that took place at St George’s Plateau in the summer.

“The shambolic behaviour of Liverpool Council to the running of the Hope & Glory Festival has been rightly exposed by the report produced yesterday. But once again the responsibility has been left with officers of the council rather than the Politicians who appoint and should oversee them. Clearly day to day decisions must be made by staff but it is the politicians who carry the final responsibility. They appoint the staff; establish the structures and systems and should be part of any decision-making process in times of difficulty.

There are only two options. Either the politicians knew what was going on and ignored it or they did not know what was going and should have done. Neither position is acceptable.
The only thing in the report which is clearly wrong is the suggestion that the Council could not have foreseen what would happen. Not only were there a number of signals passed at red but the main promoter of the Festival had a string of failed events behind him.

The Cabinet Member responsible for this should consider their culpability in this matter and follow the time honoured democratic route and resign.“