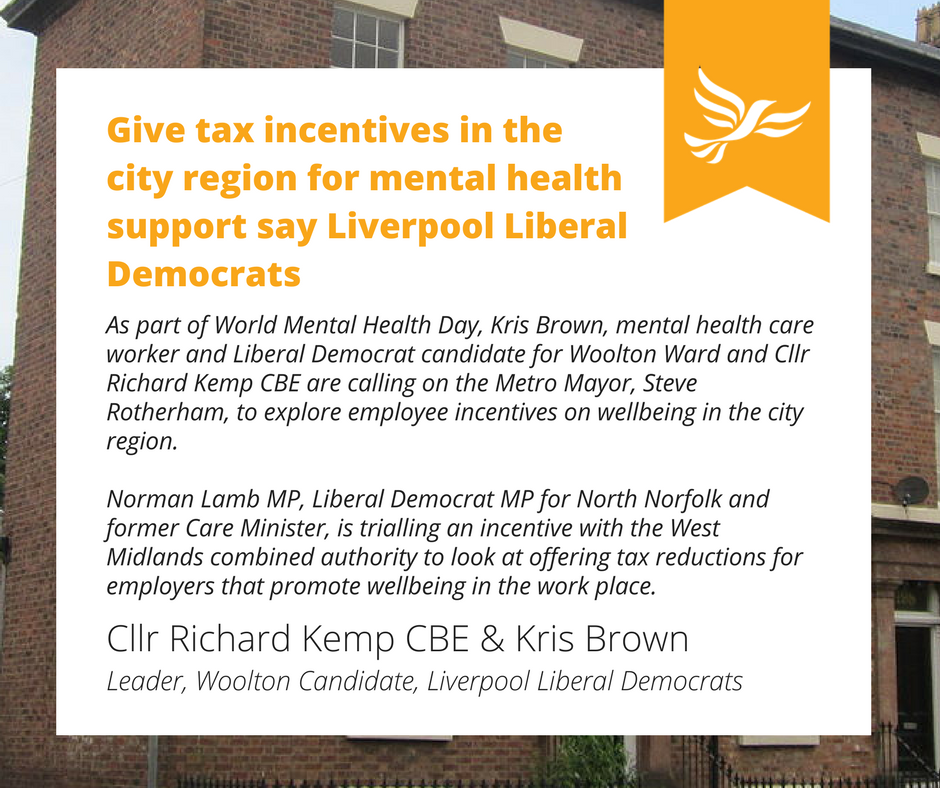 Norman Lamb MP, Liberal Democrat MP for North Norfolk and former Care Minister, is trialling an incentive with the West Midlands combined authority to look at offering tax reductions for employers that promote wellbeing in the work place.

Kris Brown said:
“Right now 1 in 6 workers is dealing with a mental health problem, such as anxiety, depression or stress. 60% of them consider work as a contributing factor.
“Too many employees who discuss the symptoms of poor mental health with their employer find that no actions are taken.”
Cllr Richard Kemp said:
“Unfortunately, Labour leaders in the city region failed to negotiate the same health powers like that of Greater Manchester and other combined authorities.
“However, we urge Mayor Rotherham to take a look at Norman Lamb’s proposals alongside the West Midlands Combined Authority and see what more can be done to incentivise employers in this region to put more focus on wellbeing.  Likewise we call on the Government to make employers do more to support the mental well being of their staff.
“This year World Mental Health Day focusses on the issue of mental health in the workplace.  Together we can end the stigma that stops so many people seeking help in their hour of need.”