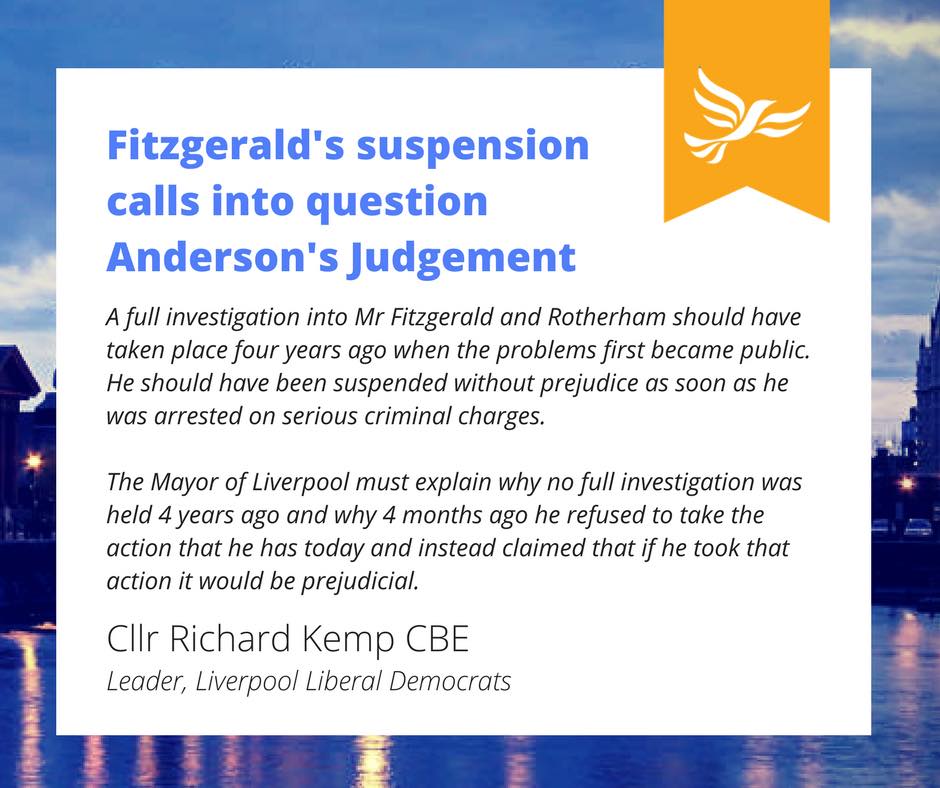 Liverpool Liberal Democrat leader Cllr Richard Kemp CBE has said Liverpool’s spare Mayor must consider his position after his appalling lack of judgement in the matter of Ged Fitzgerald's supension as Chief Executive.

“A full investigation into Mr Fitzgerald and Rotherham should have taken place four years ago when the problems first became public. He should have been suspended without prejudice as soon as he was arrested on serious criminal charges.

The Mayor of Liverpool must explain why no full investigation was held 4 years ago and why 4 months ago he refused to take the action that he has today and instead claimed that if he took that action it would be prejudicial.

I can only assume that this action has been taken today to head off the increasing criticism of the Mayor in his own Party who are holding their pre-council group meeting tonight. Joe Anderson should consider his own appalling lack of judgement in this matter and resign."