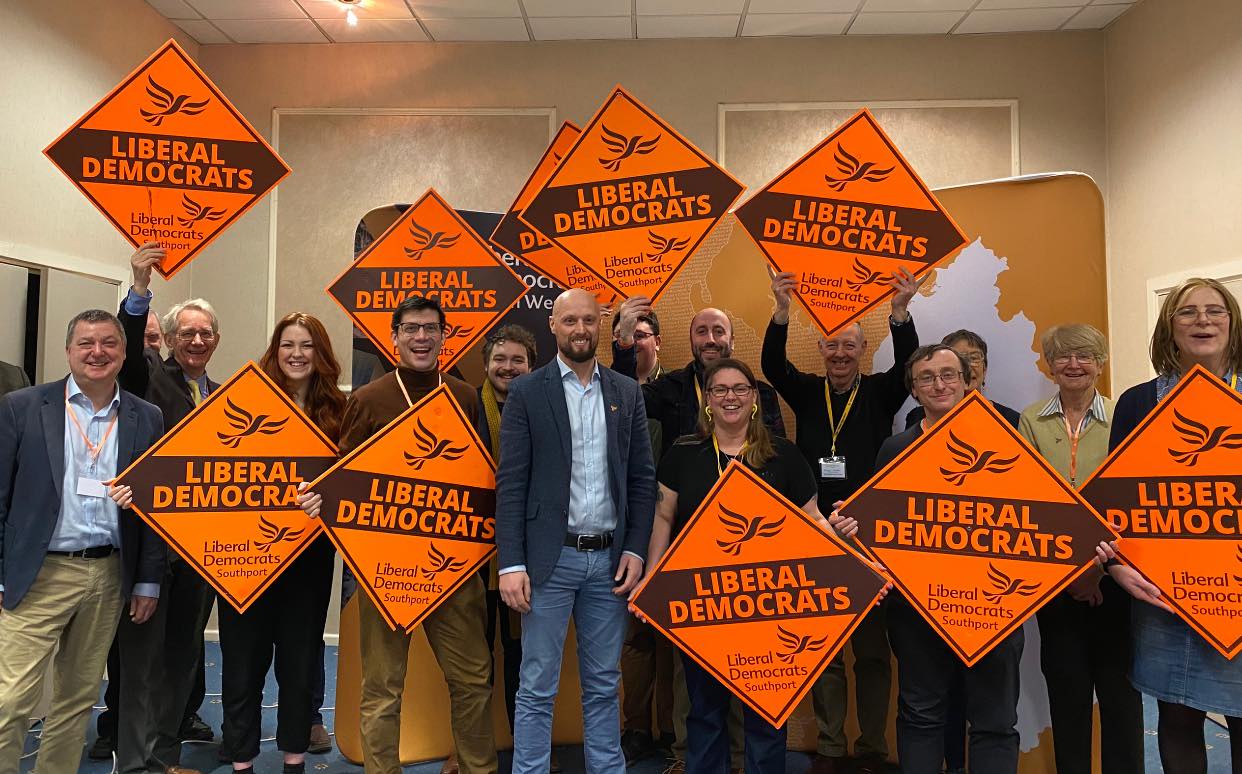 It is with incredible sadness that Councillor Andy Corkhill has confirmed to me that he is withdrawing as the Liberal Democrat candidate for Metro Mayor of the Liverpool City Region for personal health reasons.

Andy has previously been very open with his experience of dealing with cancer. He has had cancer five times from a very young age. He is eternally grateful to the support of friends, family, colleagues and our NHS heroes for literally saving his life on numerous occasions.

A number of months ago, Andy found that the cancer had returned and was given an operation in February 2021 to remove it.

However, there were severe complications during surgery and has left Andy in a temporarily immobile state.

While hugely disappointed, Andy has made the decision to withdraw from the elections taking place on Thursday 6th May and focus on his recovery.

Andy wanted to me to emphasize that he never wanted things to be this way. He was looking forward to a quick recovery to be back on the campaign trail by now. Andy loves the Liberal Democrats, his work as a councillor for Oxton and is passionate about his ideas and vision for better region and a better world.

With the regulated period due to take place in only a matter of weeks, the Liberal Democrats have begun a process of selecting a new candidate. The selection will be a very short timescale and we will announce our new candidate over the next week. We would ask the thousands of Liberal Democrat members across the Liverpool City Region to be patient and co-operative while we manage this process as fairly as possible.

Despite Andy’s withdrawal from the campaign, his ideas and vision will not be forgotten. A full manifesto will be released in the coming weeks and will reaffirm Andy’s commitment to tackling the climate emergency, rebuilding our economy post Covid and ensuring our city region is open and engaging with Europe and the rest of the world. In particular, our new candidate will ensure that Andy’s commitment to host the first costed trial of a Universal Basic Income.

For now, I would ask that you respect Andy and his privacy and join me in wishing him a speedy recovery.

To do this, the Liberal Democrats have prepared a virtual get well soon card that we will send to Andy.

You can fill this in at www.liverlibdems.org.uk/getwellsoonAndy

No information you provide as part of the virtual card will be stored or passed on for campaign purposes, so whether you’re a supporter of the party or not, we’d love to see your message.

On behalf of the Liberal Democrats, I wish Andy the speediest of recoveries and I can’t wait to work closely with him again soon.