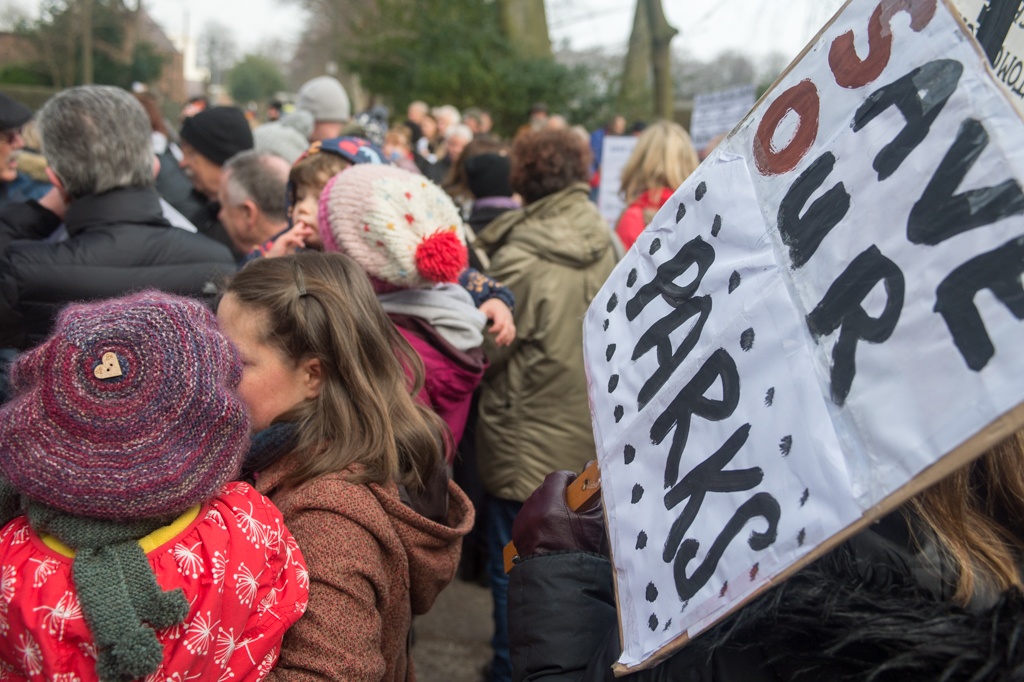 For the past 4 years Liberal Democrat councillors, and a large number of local campaigners, have been fighting against Liverpool City Council's plans to sell 13 acres of Calderstones Park for Redrow to build executive homes.

Since then, over 50,000 people have signed petitions against these plans. And local people have crowd-funded a legal challenge to overturn the planning permission granted by the council.

It's now looking increasingly likely that the council will be forced to back down on building on at least part of the site, which is used by the Harthill Miniature Railway and Beechley Riding Centre.

Another part of the site is the Harthill Depot. This site was used for park maintenance until recently. However until 1984 Liverpool's world famous botanical collection was exhibited on this site.

The Harthill Greenhouses were demolished in 1984 in an act of civic vandalism by the then Militant Labour council - in retaliation for the gardeners refusing to strike.

Today, we want to know your views on what the future should hold for this part of Calderstones Park.