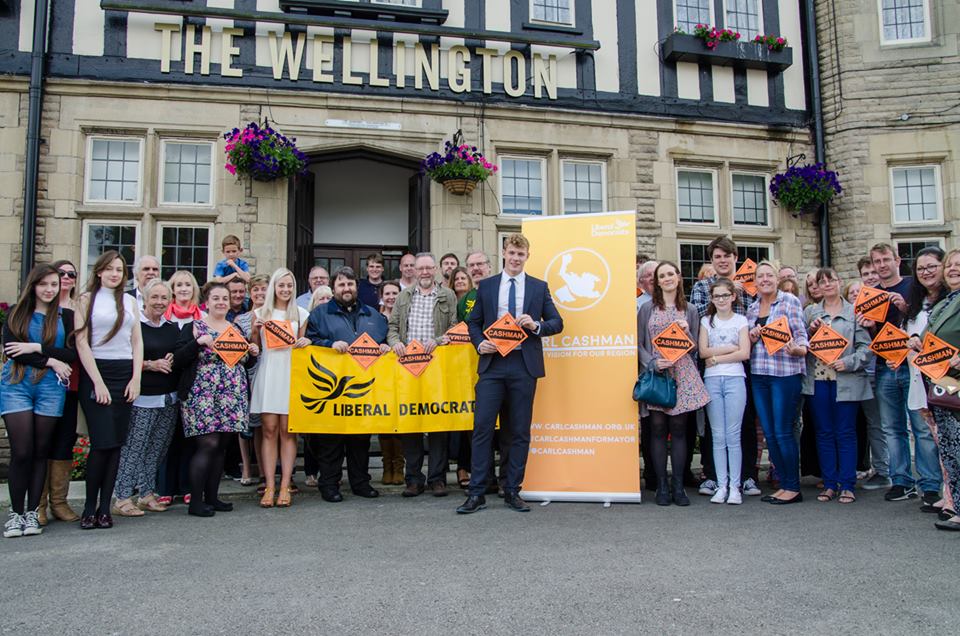 Ladbrokes have released their betting odds for the Liverpool City Region Mayoral race and have put Carl Cashman and Liberal Democrats as the main challengers to Labour at 16/1.

Councillor Carl Cashman and the Liberal Democrats are the real opposition to the Conservative Brexit government and have called for a public vote on the Brexit deal.

Carl Cashman said "The Liverpool City Region voted by nearly 52% to remain in the EU. The Liberal Democrats are the only party that will protect the economic interests of this region from a hard Brexit".

At the end of 2016 the Liberal Democrats sent shockwaves through Westminster when they stunned pundits by overturning a Conservative majority of nearly 24,000 to unseat Zac Goldsmith in the biggest election upset of recent years.

It was a stunning result predicted by very few, but the Liberal Democrat candidate Sarah Olney, now the party’s ninth MP, successfully managed to turn the by-election into a single issue referendum on Brexit.

Councillor Cashman added "These odds confirm us as the main challengers to Labour. Voting Conservative, Green or not voting will just see another Labour official in office.

Throughout the city region, voters are telling us that they like our policies about protecting the region from Brexit, protecting green spaces from development and creating a 24 hour transport system to connect the whole region."

Ladbrokes betting odds as of 10am 7th February 2016

The betting odds are available at https://sports.ladbrokes.com/en-gb/betting/politics/british/next-mayor/merseyside-mayoral-election/222101914/