"Jones The Vote" - The Legend 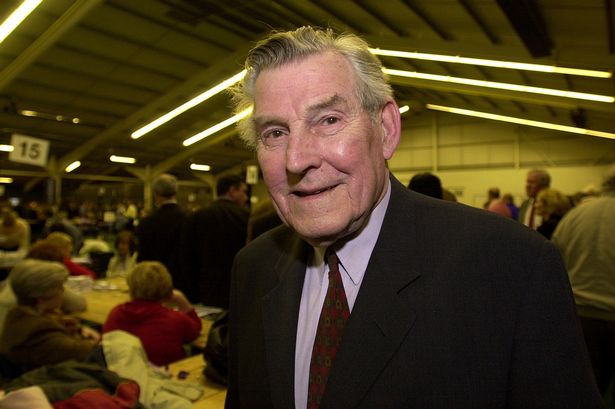 Sir Trevor Jones died on 8th September in hospital in Chester. He was an inspiration to a generation (and more) of Liberal and then Liberal Democrat activists after he saved the Party from a near death experience in the 1970 General Election.

This Welsh descended scouser linked his deep liberal traditions and principles to the marketing techniques which had led him from being a seaman to owning the biggest and oldest ships chandlers in Liverpool.

"He was the second Liberal councillor in Liverpool and worked with Cyril Carr to take control of the Council in 1973. He joined because his business was going to be razed to the ground to build a inner city ring road. Not only would his business be affected Bur scores of others I a city which even in the 60s was desperate for jobs.

Liverpool was the first major council to be Liberal controlled for more than 40 years. He never forgot his antipathy to demolition and as Chair of the Housing Committee produced his “Big Thick Book” a proposal to end the demolition of communities which would have brought the end to all but 5,000 terraced homes in the city by 1995. Instead the BTB produced the biggest housing renewal programme in the Country and subsequently the biggest housing cooperative programme in Western Europe.

He was awarded a Knighthood and the title which he loved most “Jones the Vote” after leading campaigns throughout the Country including by-election wins in Sutton, Berwick, Ripon and Isle of Ely. I well remember him making his presidential address at the Liberal Assembly and telling us how he loved those votes!

His brand of community politics and politics in the community is still successfully followed by Lib Dems and occasionally imitated by the other Parties. As a “Jones boy myself” I have so many stories I could tell of him, his manner in the council and his generosity of spirit. Without a doubt he was the outstanding council leader of his generation. His put downs to opponents were not the vicious nastiness that we see all too often today but a witty quip that totally demolished his opponents. I recall one particularly tedious and raucous lady councillor being stopped in her tracks by Trevor standing up and enquiring sadly, “Have you ever thought of selling Echos?”

I am delighted that before he died he saw the final version of a booklet about Liberal leadership in Liverpool which I will now launch in his honour at our Party Conference later this month. His words and his actions still inspire me and many of my generation.

His spirit lives on in our Party. Our thoughts are with his family and especially his wife, former Lord Mayor Lady Doreen Jones."